try watching this comedy “The Fortune Cookie” starring Walter Matthau and Jack Lemmon.  Made in 1966 it’s a light black comedy.  It’s loosely based around an American football accident.  Walter Matthau is at the top of his form as shyster lawyer “Whiplash Willie” trying to get an accident claim for his brother-in-law, the much putupon Jack Lemmon. 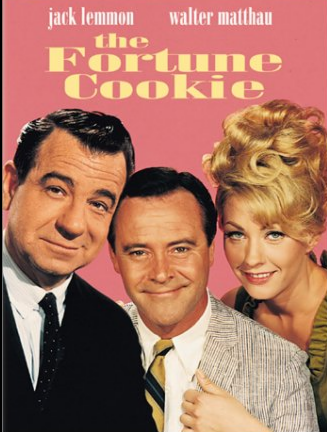 NB disregard this cover shot, the film itself is black and white

The DVD was one of the Christmas presents at our house and was duly watched tonight.

Surprisingly, one of the most hilarious performances was by the “mother” of Jack Lemmon, who played a stereotypical mom constantly bursting into tears at her son’s situation.  But the range of sounds she got from simply crying was astounding – the actress’ name is Lurene Tuttle and turns out she had a great career in radio as well as voice coaching – hence the superb sounds.

She begins with weeping at the hospital at the start, later is convulsed with grief at everything in her son’s hospital room… and finally is only heard as a sobbing presence at the end of the phone, unseen.

This was the first pairing of Jack Lemmon and Walter Matthau – and Jack Lemmon had other possible co-stars suggested to him, but insisted the production must have Matthau – and so the crew had to wait until Matthau had recovered from a heart attack.  But the casting is perfect.  Matthau is a master of the swivel-eyed.   Although he looks confusingly reminiscent of a certain cartoon character and US President….. notably all 3 have never been seen onscreen at the same time….. 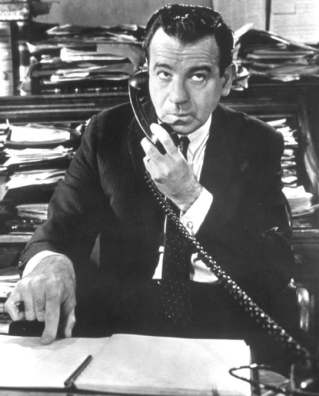 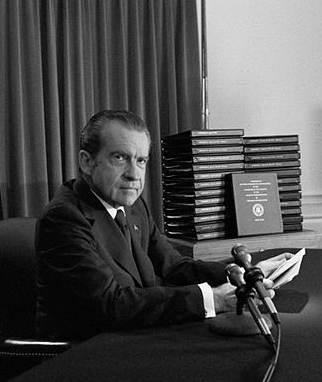 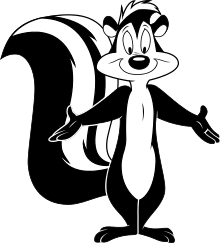 The script and direction were by Billy Wilder, and unsurprisingly, Matthau won an oscar for supporting actor in this film.  The film was also nominated for Oscars in Art Direction-Set Decoration (Black and white), Best Cinematography and Best Writing, Story and Screenplay.  In other words, it’s worth seeing.  Of all the excellent cinematography and sets, there is one incredibly descriptive one where Matthau is waiting for an important phonecall, stretched out with feet up on the desk, beside the phone, waiting, just waiting. Poised.  It has so much depth of focus that you can see his vulture like face, the length of his outrestched legs, polished shoes and The Phone.