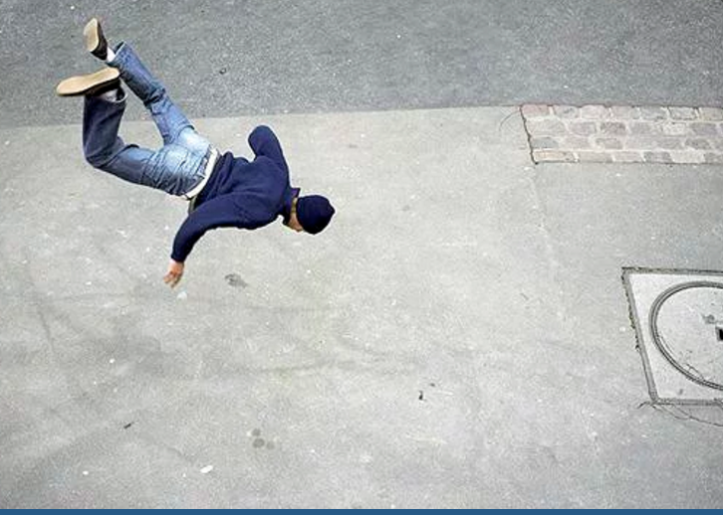 These are not trick photos.  They are taken by Denis Darzacq as a direct response to the riots in Paris and the figures in the Twin Towers seen plummeting to their deaths.

What you are looking at are snapshots of hiphop and breakdancers in midmove.  Exhibited in 2007 as La Chute (The Fall) exhibition, in Paris – which is where the photos were taken and which is itself the subject of the series of photographs.

In 2006, Darzacq dreamt up The Fall. It was partly the horror-struck idea of people falling from the twin towers on September 11, but it was mostly a depiction of an entire generation in France in free fall, ignored by society, their energy untapped and unused. He felt today’s France was the sort of place where someone could tumble from the sky without a net and no one walking down the street would bat an eyelid.

(quote from the excellent Guardian article on the exhibition, which interviewed Denis and his dancers.