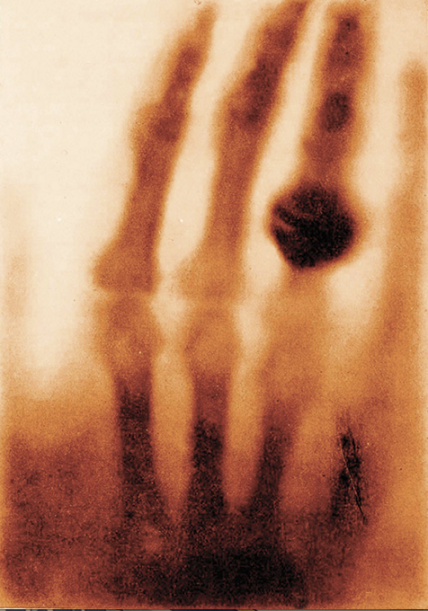 Dr Wilhelm Conrad Rontgen didn’t just ask his wife for her hand in marriage…. he photographed it as an x-ray.  This is the first medical x-ray photograph.  His work won him the first Nobel Physics prize.

His wife saw it in a more philosophical light:

From the series Times 100 Photos: the most influential images of all time.