So the annual tennis fest which is Wimbledon Tournament begins today – in the UK, TV coverage starts at 11.30 am.

But if you’ve got interest in the history of the tournament or fond memories of watching it over the years – then do make space to catch up with a BBC i-player documentary. 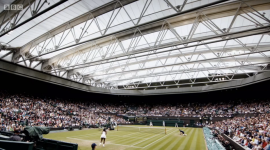 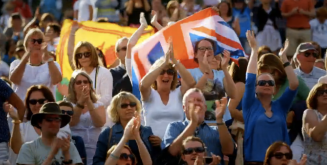 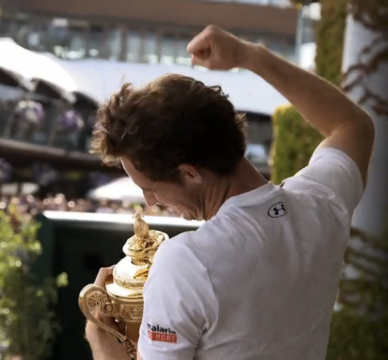 This programme aired yesterday, as a runup to the event, and includes footage of and sometimes interviews with former winnners of the matches: Bjorn Borg, Billie Jean King, Martina Navratilova, Chrissie Evert, Rod Laver, John “You canNOT be serious!” McEnroe, Pete Sampras, as well as the President of the England Lawn Tennis Association who gets to present the award most years.  Also, the cameras are allowed to go into the Royal Box and other areas normally shut off from TV cameras.

We see the triumphs, near misses, failures and a heartening number of people who don’t quite get there but come back and win in following years.  And of course the passion, tension and ecstasy of the fans.  I know I’m one.  Some matches will remain in my memory.

Huge noisy hailstones the size of polystyrene beads plummeting out of the sky in Scotland just now #weather
shadows playing suspension bridges...
Mmm colourway for spring/summer clotges: pralines, white, cream, caramel, raspberry....
Just a cup of sugar-free jelly with raspberries... everything looks better in sunlight. #fud
The pitter patter of new pages... 2 fascinating books: Advice to Writers" gleaned by Jon Winokur and an anthology of diary entries. #reading #writing
my cup of tea is sending out smoke signals... but what is it saying?